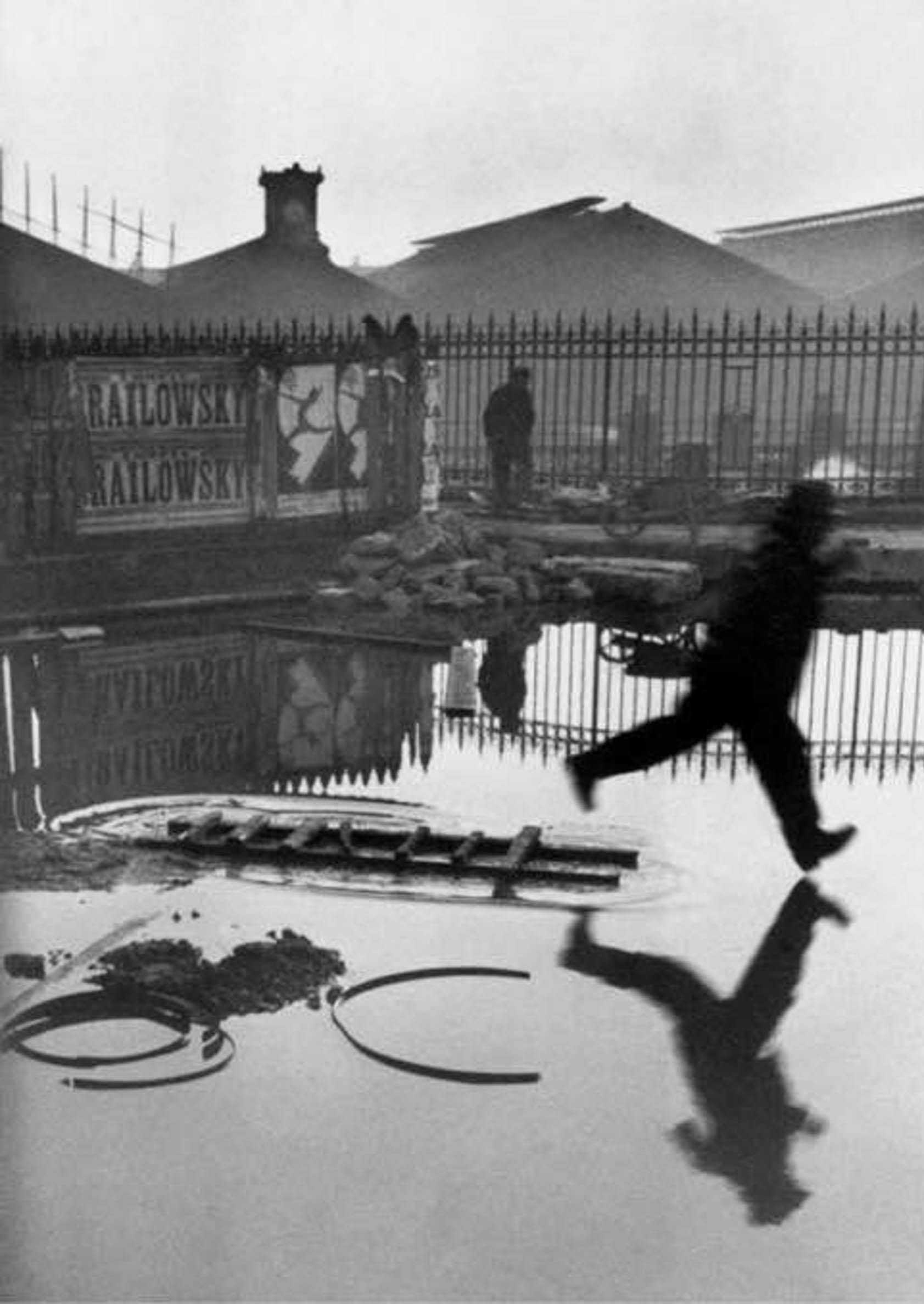 “He had his little Leica,” [fashion photographer Helmut] Newton remembers, “and he simply would point and shoot.” Since Cartier-Bresson’s hand isn’t as steady as it used to be, some of the pictures were a bit fuzzy. “Sharpness,” he told Newton, “is a bourgeois concept.” Newton sits back and laughs: “I thought that was just divine.”

Cartier-Bresson’s tongue-in-cheek condemnation of clarity (a better translation of the French “netteté”) can be taken on several levels.  While joking about his shaky hand, his overwrought language satirized high-dudgeoned political correctness that (even then) informed art criticism.

Mark Twain once called humor “the good-natured side of a truth” – and in that sense it is no wild stretch to see in Cartier-Bresson’s joke, a reflection of his belief that clinical sharpness was in fact, an overrated photographic virtue.

That hardly means he saw softness as a virtue — he simply did not value clarity for clarity’s sake. If I might put words in his mouth, I suspect he might say: “an image needs the clarity it needs, and no more.”

The title of his famed photographic collection, The Decisive Moment, is Cartier-Bresson’s statement that for him, photographic resolution was about capturing a moment in time. The moment and composition trumped photographic clarity.

Cartier-Bresson wrote that after seeing this photograph “I suddenly understood that photography can fix eternity in a moment.”

Adams carefully planned exposure and film development of each shot using his zone system; Cartier-Bresson didn’t process his own images, but simply gave his film to a trusted processor, and rarely did any cropping from his full frame shot.

“It never occurred to me until later that in order to take that picture, Capa had to get ahead of that soldier and turn his back on the action.”
– John Morris, Capa’s editor at LIFE magazine

“We cannot develop and print a memory”

“Of all the means of expression, photography is the only one that fixes forever the precise and transitory instant. We photographers deal in things that are continually vanishing, and when they have vanished, there is no contrivance on earth that can make them come back again.

We cannot develop and print a memory. The writer has time to reflect. He can accept and reject, accept again; and before committing his thoughts to paper he is able to tie the several relevant elements together. There is also a period when his brain “forgets,” and his subconscious works on classifying his thoughts. But for photographers, what has gone is gone forever.”

-Henri Cartier-Bresson: The Mind’s Eye: Writings on Photography and Photographers

A quick note on my posts…

Why I use Adobe Lightroom.

Holy Trinity of Plugins for WordPress and Lightroom